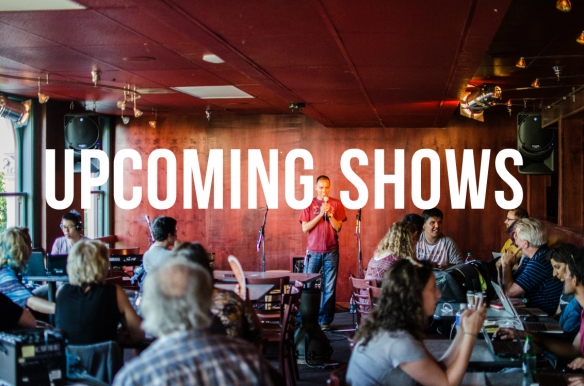 Red Rock Coffee, 201 Castro Street, Mountain View, second floor. The open mic starts at 7PM. I will go on at 8PM and do a 20 minute set: the complete version of The Intellecta Rhapsody (Super Holly argues with, then joins with the Intellecta Car to fight the super-tank-stealing Rocky the Gangster), and the end of The Malevolent Mystery Meat (Tucker and Wrigley, the boys with super puppy powers, must save Super Holly from evil school cafeteria ladies). Both of those short stories won audio story awards at San Mateo County Fair Literary Contest. And both are car chases. I am hoping people from work and others will be there. I have been practicing to get this down to 19 minutes or less. I am not being paid for this one (most open mics do not pay). But I will have fun. I shall FEED on audience energy! Cue evil laugh: MOO HAHAHAHAHAAAAA!!!

P.S. I had thought about performing the chapter in The Comic Book Code titled “Intellecta Overdrive” where the background music is Mona Lisa Overdrive from the Matrix Reloaded. But that is cover music, as in no way will I ever own any rights to it. At a tiny open mic, no one really cares about that (as long as they do not put it on YouTube where it will likely be taken down. But now, I have to think about being recorded, and using those vids to build up more online video/audio stories. There is lots of good royalty free music out there. I will use a new piece called Toy Piano. It sounds great for kids and kids at heart. I got it at the YouTube Audio Library. Great site for great musical backgrounds.

At Half Price Books, 39152 Fremont Hub, Fremont, CA, on Saturday Sept 14 2-4pm, I will be talking about my book, Super Holly Hansson in Super Bad Hair Day. I will perform a couple of stories, tell how all this nonsense evolved from The DaVinci Code, how Super Holly evolved into a superheroine, how Cal “The Intellectual” evolved into a movie critic, how I started at open mics, and so on. When I perform, I will play royalty free background music. Mostly classical.

I attach the flyer in PDF and JPG. If you are near Fremont this Saturday, come on by. I have 15 books to sell. (I wish I had more, even though I have never sold that many in one sitting. If I sell out, I can point them to my Kindle book.)

P.S. That’s right, I am an author. Now you gotta treat me with RESPECT! 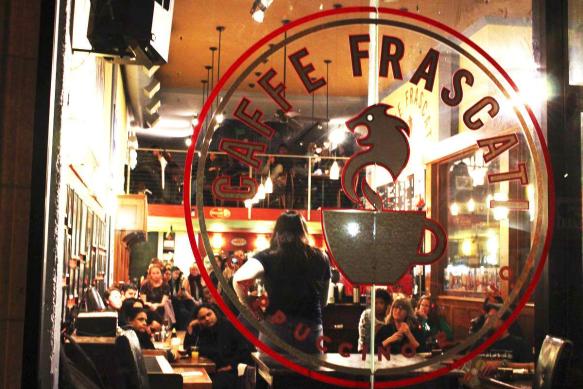 Thursday, January 24, sometime after 7pm, at the Cafe Frascati literary open mic (for writers of stories and poetry) in downtown San Jose (315 S 1st St.), I will be the headliner. That means I am on stage for about 15 minutes instead of the usual 4-5 minutes for the many and various storytellers and poets. I will perform The Intellecta Rhapsody, where Super Holly Hansson gets into a big argument with her boyfriend’s Batman-esque car (she punches a hole in its dashboard, it shoots her in the face like Daffy Duck and Elmer Fudd), and then she has to team up with the car to defeat a gangster and his gang (think Edward G. Robinson, “Yeah, yeah, Rocky got you good! Yeah! Yeah!”). I will do some fun voices: robot car, Patton-esque general, Rocky gangster, dopey henchmen. The background music is the classical Hungarian Rhapsody. I will bring Super Bad Hair Day books to sell. My latest shipment (fixing a typo and a little mark on the cover art) came in yesterday. The Intellecta Rhapsody script is in the book.

Thank you, Mighty Mike McGee (open mic host with the most!) for having me as a headliner. I’ll try not to let it go to my head. Mike will pay for my dinner that evening. Now, where’s my star on Hollywood Blvd?

I was at Red Rock Coffee in Mountain View for the Monday open mic, and I read part of my current story starring Kittygirl (Katsuko Kimura, who has super kittycat powers, and who loves Super Holly Hansson, and Super Holly loves Katsuko every bit as much). In this story, an EEEEEVIL villain, whose voice I based on Simon Bar Sinister (I love doing his evil laugh!), hit Super Holly with a time gun and turned her into an eight year old girl. Holly did not have superpowers at that age, but she was still a spitfire and proved it by breaking the villain’s nose with one punch.

Anyway. The crowd really loved the reading, I got laughs (like when Little Holly did a taunting Cyrano-type speech to distract a big-nosed, gun-toting henchwoman), and appreciative cheers (like “Ooo!” when Kittygirl knocked out said henchwoman).

When the open mic ended, I thanked a few guys at a nearby table for being a great audience. One guy said he would by recording of my stories, so I guess I should put some on sale someday. They asked me about the sound effects in my reading, like echoing. Turns out the sound guy added sound effects to my reading: echoing voice and the like. I thanked him too. And a lady gave me a quick drawing she did of Kittygirl. Actually, I do not envision Kittygirl with a tail or kitty ears, but it was nice of her to draw Kittygirl. (I have thought about giving Kittygirl slightly pointy, elf-like ears.)

I am a writer, and I am a performer. Expect more audio files. I love open mics!

P.S. At a writer gathering this evening, one of the writers read a pirate character, and did a great job. He said I had inspired him with my readings. I think I want a pirate-type character in a Super Holly story. Not sure about hero or villain, or even male or female. But I love reading pirate characters, like I did for Sulu’s Gay Trek.

At the Friends of the Palo Alto Library Local Authors Event, I will be reading one of my audio stories (like at my open mics) at 4pm; I lean toward “The Intellecta-Rhapsody!” I will also sell my book and give away my little 8-page book (The Little Green Man!). The event is tomorrow, April 21, from 1-5pm at the Mitchell Park Community Center on 3700 Middlefield Road.

At an open mic a couple weeks ago, a lady liked my performance enough that she asked me to perform at her daughter’s birthday party. So I’m writing (now editing) a short story starring Holly’s cute little fangirl Kittygirl (the eight year old with kittycat powers). I titled the story, “The Sinister Sugar Rush!” Here is an excerpt.

Super Holly hugged herself, trying to slow down, but she still vibrated like a paint shaker.

Kittygirl and Lily gulped and said together, “Did you say, ‘Boom?'”

The big lunch lady smiled super-mean. “Yeah. All these bratty kids who ate our super-frosting will reach critical mass in a couple of minutes. Allow us to demonstrate with this cute little puppy!”

The skinny lady had a puppy in one hand and a cupcake in the other. “Here, puppy, have a treat!”

That’s right, I blew up a puppy! MOO HAHAHAHAHAAA!!! 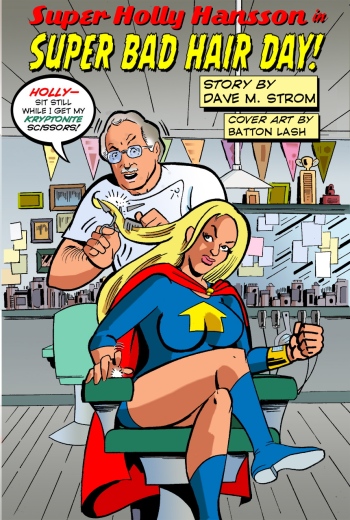