Yesterday I got an email from the San Mateo County Fair Literacy Contest. My audio story, “The Intellecta Rhapsody,” won first place in the audiobook division, and my short story, “The Lutefisk Door,” won third place in the scifi/fantasy senior division. Yay, I will be in Carry The Light again! Looks like my Trumpy villain Billington Stumpfinger will be in print soon (in “The Lutefisk Door”, he built some nasty walls to trap Super Holly Hansson). 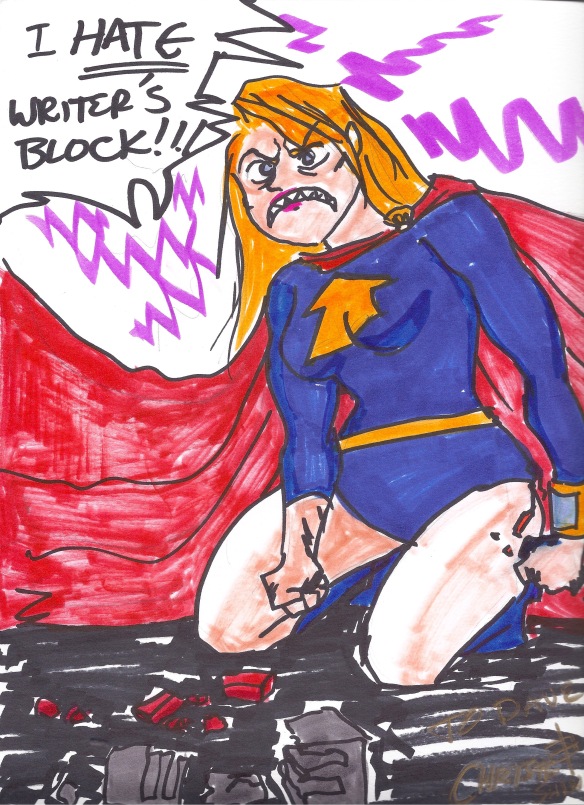 I was on pop-culture writer (and my friend) Valerie Frankel’s Superheroines panel, and I was quite honored to sit next to the great cartoonist and wonderful HERstorian Trina Robbins! When I said that I was writing a female superhero (hey, gotta plug my stuff), and said that I listened to the ladies on my writing critique groups, Trina said that was very good advice for guys writing female characters. That was nice of her.

And I saw a kid flash conquer the evil reverse Flash!

At at Valerie’s table, I sold four (count ’em: 4) of my little Super Holly books. You know, the ones I print through Createspace, and when I sell them at comic cons, I include a CD with some Super Holly art and my audio short stories with a royalty free music background. Such a deal for five bucks!

At 3:30, room 114, I will be with the great Valerie Frankel and a few others on the SUPERHEROINES! panel. And I will be doing the authorly/writerly thing at Valerie’s table, selling some of my little books with CDs including digital stories, artwork, and a few of my awesome audio stories!

I was at Colossus Con in Pleasanton today. I got a couple of Super Holly art commissions and met an author and a nice actress. Scroll to see it all.

From artist Robin Holstein, here is what Super Holly does when her e-bracelet can’t get a signal, and thus her Google Maps fails, and thus she can’t find the Colossus Con where she was gonna be at a table signing her graphic novel.

Here is a little Super Holly doodle from artist Alexis Villanueva at House of Doodle.

Here is author Mike Lynch holding the book Mind Writer, which I bought. 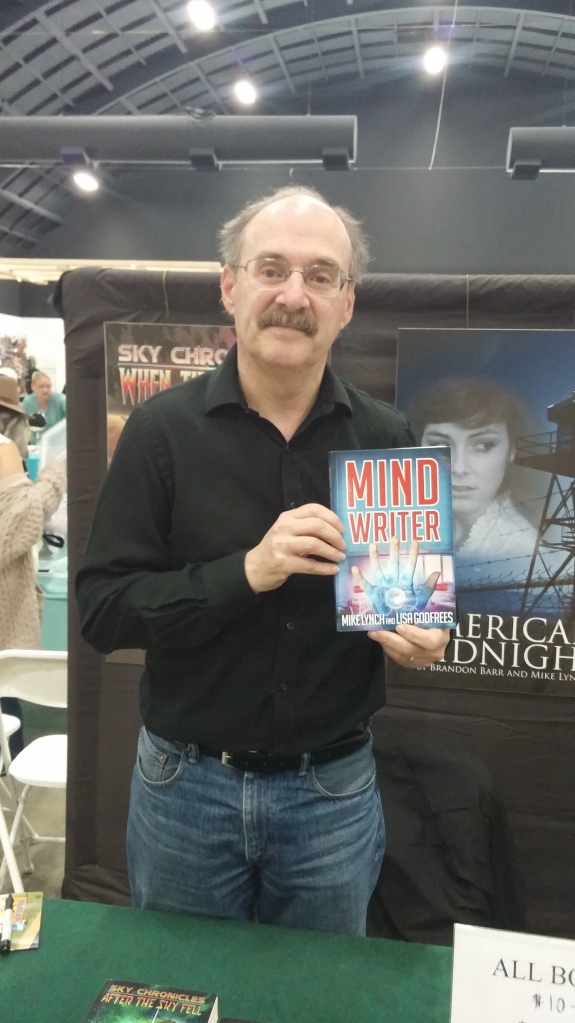 Here is actress Cathy Garver (my big fat head hides a little of her name). She was Cissy on the TV show Family Affair, and the voice of Firestar on Spider-Man and His Amazing Friends, and a bunch of other acting and voice-over roles (I should have talked to her about doing voices, darn it). I bought her autobiography, which she will mail to me (she ran out of copies at the con). I respect actors. That is a tough way to make a living; the work is usually not steady.

And Kathy had at her table the SCARIEST DOLLY FACE OF ALL TIME, MRS. BEASLY! AAAAAAAAAAAAA!!!!! 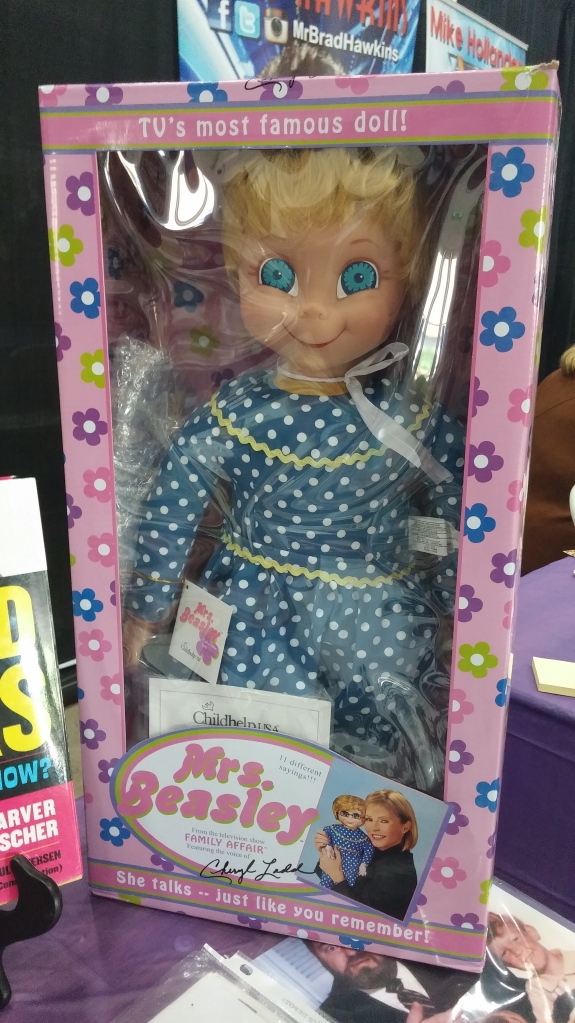 I talked to a couple other artists about doing a couple little commissions later. It will take a while, but I will post when I get them.